The hyperspectral data quantifies snow albedo: how much of the sunlight that reaches the snow surface is reflected back into space versus how much of the sunlight is absorbed. The lidar, which stands for Light Detection and Ranging, measures snow depth relative to snow-free data. These observations served as the basis for data sets in this NSIDC collection.

ASO was a collaboration between NASA's Jet Propulsion Laboratory, the California Department of Water Resources, and other state and local entities. Supported by NASA’s Terrestrial Hydrology and Applied Sciences programs, ASO was the first combined airborne imaging spectrometer and scanning lidar system developed specifically for snow and water resources monitoring and research.

Worldwide, some 1.5 billion people rely on snow melt for water. Insights gained from this mission can be applied to water management in places across the globe where snowpack provides crucial water resources.

ASO has transitioned to a commercial entity. NSIDC continues to provide data access for missions conducted between 2013 and 2019, including data acquired for SnowEx 2017. Future data will be available at the discretion of funding agencies, the majority of whom mandate public data access. Data from ASO flights in support of SnowEx 2020 and beyond will be available as part of the SnowEx product suite at NSIDC DAAC. 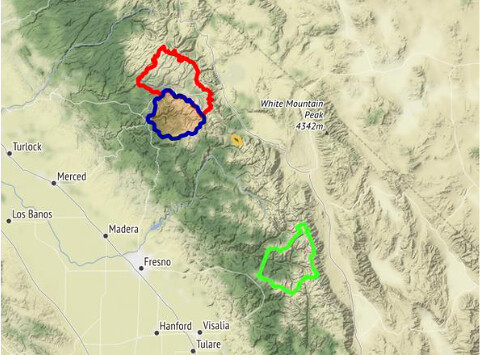