New Approaches for Mapping Snow Water Equivalent
In this section

Worldwide, more than a billion people rely on seasonal snowpack and glaciers for their water supply, and snow also plays a crucial ecosystem role for vegetation and wildlife. Snow cover is one of the most reflective natural surfaces on Earth, sending much of the Sun’s energy back into space and cooling the planet. With snow cover anticipated to decrease over the course of the 21st century, accurate measurements of snow cover, its water content, and its reflectivity are important to scientists, decision makers and citizens. But accurately measuring and monitoring snow characteristics is complicated by the diverse nature of snowpack and the environments where it exists. Satellite data can provide continuous, global observations of snow cover but require continual improvement through validation.

The NSIDC DAAC collection includes data products from SnowEx campaigns dating back to 2017.

Note: Some newer web browsers default to preventing access to FTP directly from a webpage. Depending on the browser, you may be able to change your browser settings, or you can use an FTP client to download the files. (FTP, or File Transfer Protocol, software packages can be downloaded freely from the Internet.)

SnowEx 2020 had both a single Intensive Observation Period (IOP) and a Time Series (TS) campaign. The IOP took place in Grand Mesa, Colorado, while the TS occured weekly at a number of other  previously established long-term monitoring sites throughout the Mountain West. Observations for the IOP occurred during the fall of 2019 and January 27 to February 12th, 2020. Baseline TS measurements began in December 2019, with weekly measurements occurring from January - March 2020, with two sites extending into the melt season and ending in early May 2020.  NOTE: the Covid-19 pandemic affected the TS  campaign and caused measurements to conclude earlier than planned. SnowEx 2020 included measurements from ground-penetrating radar, multi-polarization ground-penetrating radar, rover and stationary soil moisture probes, SnowMicroPen measurements, terrestrial laser scanner, and snow pit measurements.

SnowEx 2021 was a continuation of the Time Series (TS) campaign from SnowEx 2020 and included measurements at a subset of the sites from the 2020 campaign in Idaho, Utah, and Colorado, as well as an additional prairie site in central Montana. Baseline measurements began in December of 2020 and extended into April 2021 for most sites, providing observations of seasonal melt in some cases.

SnowEx 2021 snow pit measurements were central to the ground sampling strategy and matched the experiment design from the 2020 campaign. However, the interval board sampling, or weekly measurements of new snowfall and SWE, expanded at most locations. In 2020 most interval boards were co-located with a snow pit, while for 2021 most sites distributed an array of 5-8 boards to sample a range of elevations and aspects. Interval boards are an important ground validation observation to pair with the airborne UAVSAR data. Unused flight hours from SnowEx 2020 (due to the Covid-19 pandemic) were applied to weekly observations of 2021 TS sites. The SnowEx 2021 TS campaign also included albedo measurements taken in Colorado using AVIRIS-NG, a visible/infrared imaging spectrometer.

SnowEx 2023 is scheduled to take place in October 2022 and March 2023 at a few long-term study sites around Fairbanks, AK and on the North Slope of AK. The campaign focus is to collect snow measurements in boreal forests and tundra environments. The measurement objectives are SWE, snow depth, and albedo. The airborne sensors planned during this campaign are: active/passive microwave (SWESARR), lidar and stereoimagery, and hyperspectral (AVIRIS-NG). Additional  details about this campaign, including specific field locations and deployed instruments, will be published as they become available. All SnowEx 2023 data will be archived at NSIDC alongside previous SnowEx campaigns. 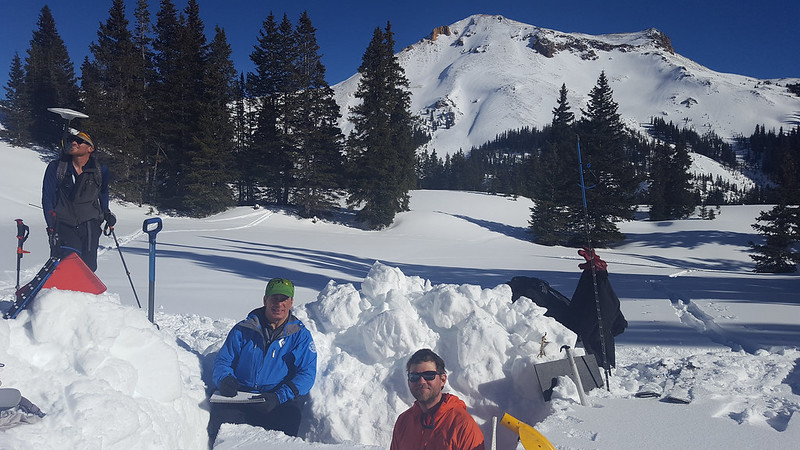