MODIS is the first NASA mission to provide daily global coverage at moderate resolution (250 meters). Because MODIS sensors have operated successfully since the Terra and Aqua satellites launched, the MODIS data collection provides a continuous, consistent observation record dating back to the year 2000.

The Terra and Aqua MODIS instruments image the same area on Earth approximately three hours apart. The entire Earth's surface is imaged every one to two days, and the sensors work in tandem to optimize cloud-free surface viewing. Because the Terra and Aqua satellites have polar orbits, the sensors view high latitudes and polar regions multiple times each day.

In multiple ways, MODIS data archived at NSIDC facilitate a better understanding of how the cryosphere has influenced our planet over time:

Because MODIS sensors fly on both the Terra and Aqua satellites, NSIDC offers parallel products derived from each satellite. Terra and Aqua products are very similar with only a few key differences:

More detail on data capture is provided in MODIS technical references and in user guides for each product.

The Terra flight operations team conducted Terra’s last inclination adjust maneuver to maintain Terra’s orbit in February 2020. The inclination adjust maneuvers were used to control the platform’s 10:30 AM mean local time (MLT) equator crossing. Terra will continue to drift and is expected to reach a 10:15 AM MLT in October 2022. At that time, the flight operations team will have Terra exit the Earth Sciences Constellation and lower Terra to an altitude of 694 km by performing two retrograde maneuvers. MLT will continue to drift after these maneuvers, reaching 9:00 AM around December 2025. Terra MODIS will remain operational and generate the full suite of products until the end of the mission in December 2025.

Similarly, the Aqua flight operations team completed mission manuevers related to maintaining a 1:30 PM MLT equator crossing and 705 km orbit altitude on March 18, 2021. In July 2021, Aqua began drifting to a later MLT. In January 2022, Aqua will begin its constellation exit by stopping all maneuvers except collision avoidance maneuvers and will exceed a 1:45 PM MLT crossing in February 2023. MLT will continue to drift after this, reaching 3:50 PM around August 2026. Aqua MODIS will remain operational and generate the full suite of products until the end of the mission in August 2026.

Earlier (later) crossing times for a morning (afternoon) platform like Terra (Aqua) mean lower solar elevations leading to more prevalent shadows. This decrease in orbit altitude alters the spatial coverage of the sensor including possible gaps in spatial sampling, decreased spatial coverage, and higher spatial resolution. Products are mostly expected to be science quality except for reduced grid size (from lower altitude) and without a strict 16-day repeat of observations (from drift and changing orbit).
Details on the impact of the Constellation Exit on the quality of the product are being compiled and will be posted when available. 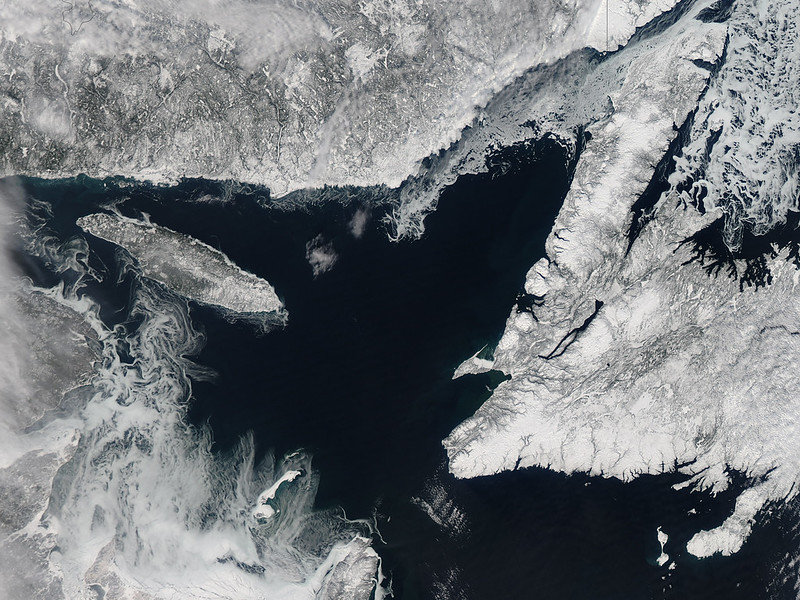