The AIDJEX program was an American-Canadian project that began with a pilot study in 1972, followed by a more extensive experiment. During the main AIDJEX experiment, in 1975 and 1976, researchers maintained four camps on ice floes in the Beaufort Sea. They gathered meteorological and oceanographic data from instruments located at the camps and on floating data buoys. The experiment was designed to collect coordinated measurements over at least one year, to assemble the right combination of data for understanding atmosphere-ice interactions. As part of the project, the submarine USS Gurnard collected ice draft data from upward-looking acoustical soundings (sonar). Ice draft (the depth of the ice below the water surface) is an estimator of ice thickness.

The University of Washington led the logistics and research work of the program, which was a collaboration between the United States and Canada with participants from other nations as well.

These products include AIDJEX data or are  related to AIDJEX:

AIDJEX Bulletins, 40 in all, issued by the Polar Science Center at the University of Washington, from 1970 through 1978

AIDJEX revisited: A look back at the U.S.-Canadian Arctic Ice Dynamics Joint Experiment 1970–78 by Norbert Untersteiner, September 2007 issue of Arctic

A retrospective, AIDJEX Revisited: A Look Back at the U.S.-Canadian Arctic Ice Dynamics Joint Experiment 1970–78, by Norbert Untersteiner appears in the September 2007 issue of Arctic.

Untersteiner Polar Oral History Interview provides an abstract of an interview with Dr. Norbert Untersteiner, who was director of AIDJEX. 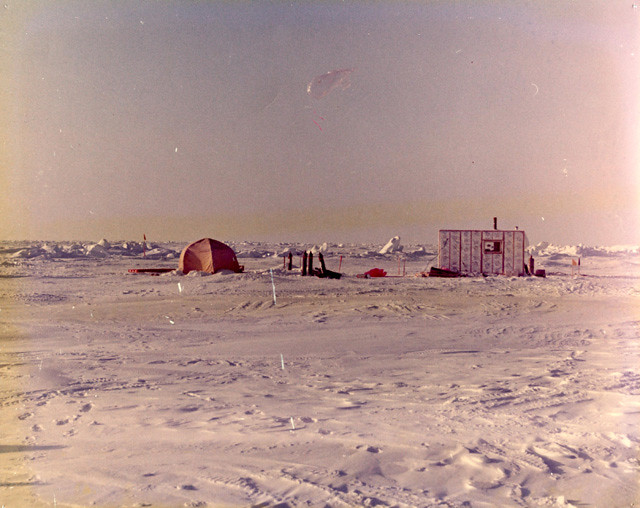