Mark Serreze is the Director of NSIDC, a Fellow of the Cooperative Institute for Research in Environmental  Sciences (the parent organization of NSIDC) and a Distinguished Professor in the University of Colorado Boulder Department of Geography. In his role as NSIDC Director, he is responsible for working with his Leadership Team to set the strategic and tactical directions of the center. He conducts research on a  wide range of climate topics, mostly in the Arctic regions,  including sea ice ice, atmospheric circulation, precipitation patterns, permafrost and oceanography. He also has interests in the growing economic and geopolitical aspects of the rapidly changing Arctic. He teaches both introductory courses in physical geography and specialty courses in Arctic climate, mentors both undergraduate and graduate students, and is strongly engaged in science outreach.

There is increasing recognition that Arctic rain on snow (ROS) events are becoming more common with significant and sometimes even catastrophic impacts on the physical and living environments of the North. These events are generally associated with short-lived warm spells in autumn and winter, linked to extratropical cyclones that generate rain, followed by a rapid drop in temperature leaving an icy crust. Rain on snow events can foster avalanches, influence snow structure, warm underlying permafrost and increase the depth of the permafrost active layer. Rain on snow events influence population dynamics of lemmings, voles, and bird species that seek shelter in the snowpack. Icing may lead to a fading of lemming cycles, causing crashes of Arctic predators such as the snowy owl and Arctic fox, which depend on them. In marine environments, polar bears and ringed seals are also impacted. Perhaps the most devastating impact of ROS events, however, is that ice layers, in creating barriers that prohibit foraging, can lead to massive die-offs of large herbivores, with concomitant socioeconomic impacts, especially in regions where humans depend on reindeer for food, transportation, and other needs. The international Arctic Rain on Snow Study (AROSS), a project within the National Science Foundation’s Navigating the New Arctic (NNA) initiative, seeks to better understand the distribution, severity, and changes in the frequency of rain on snow and melt-refreeze events in the Arctic and their impacts. 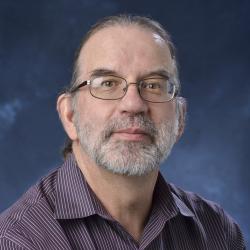 mark.serreze@colorado.edu
303-492-2963
ORCID
0000-0002-3699-302X
Honors/Awards
Named Distinguished Professor by University of Colorado Board of Regents
Author of Brave New Arctic, the Untold Story of the Melting North
Named Professor of Distinction, University of Colorado Boulder
Thompson Reuters Highly Cited Researcher Award, in recognition of ranking among the top 1% of researchers for most cited documents in their respective field
American Meteorological Sigma-XI Distinguished Lecturer
Elected Fellow of the American Meteorological Society