Mark Seefeldt is a research scientist at NSIDC with a focus on meteorology and climatology of the Antarctic and Arctic. His Antarctic work generally focuses on observational studies, including working with automatic weather stations, unmanned aircraft systems, and precipitation measurement systems. Seefeldt has worked eight field seasons in Antarctica. His Arctic research focuses on efforts with numerical modeling of the atmosphere using fully coupled Earth system models and standalone atmosphere models. Teaching has been a central part of Seefeldt’s career including teaching high school physics, full-time at the college level, and more recently as a lecturer in the Department of Atmospheric and Oceanic Science (ATOC) at the University of Colorado Boulder.

HiLAT-RASM: High-Latitude Application and Testing of Earth System Models (HiLAT) Science Focus Area, in Collaboration with the Regional Arctic System Model (RASM): The HiLAT-RASM project is a collaborative project across the Naval Postgraduate School, University of Washington, and the Department of Energy’s Pacific Northwest National Lab (PNNL) and Los Alamos National Lab (LANL). The goal of the project is to develop and evaluate current and next-generation climate models with a focus on the Arctic and the Antarctic. Additionally, the project advances polar-focused climate science through Earth system model simulations, including those in the sixth Coupled Model Intercomparison Project (CMIP6). One such study, being led by Seefeldt, is looking at the changes in atmospheric circulation of the Arctic from the beginning to the end of the twenty-first century. The study is using the method of self-organizing maps (SOMs) and the data from eight CMIP6 ESMs produced by modeling centers from around the world. The CU Boulder HiLAT-RASM team is also responsible for the atmospheric model in the Regional Arctic System Model (RASM). The atmospheric model in RASM is the Weather Research and Forecasting (WRF) model. The WRF model is used in research and operational meteorology applications for studies ranging from large-eddy to regional climate simulations. Much of the work with WRF in RASM is in evaluating the configuration and parameterizations in WRF that produce the most realistic results in the Arctic. The efforts by Seefeldt are also spent in maintaining and upgrading the WRF software in RASM to capitalize on the latest improvements and benefits in the ongoing efforts to improve WRF by the larger modeling community. Source of support: Department of Energy 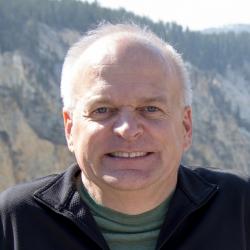