Arctic sea ice appears to have reached its maximum extent on March 21, 2021, tying for seventh lowest in the 43-year satellite record. NSIDC will post a detailed analysis of the 2020 to 2021 winter sea ice conditions in our regular monthly post in early April. 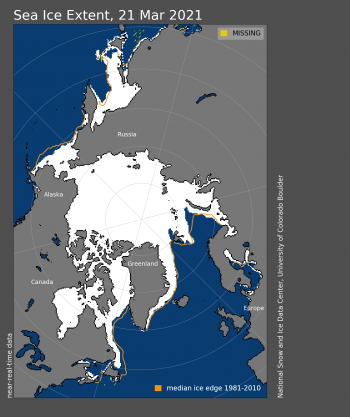