After appearing to reach its annual minimum extent on September 10, and beginning to freeze up, Arctic sea ice again declined for several days. Ice extent reached its lowest value for the season on September 19, 2010, and has now been expanding for seven days. 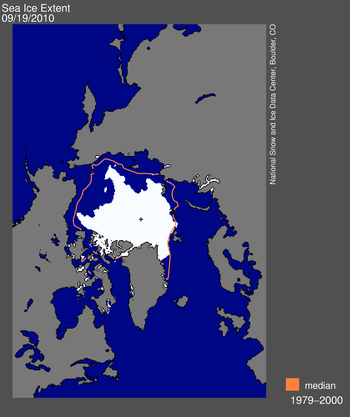 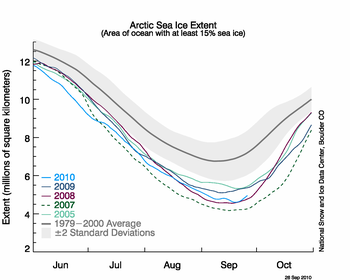 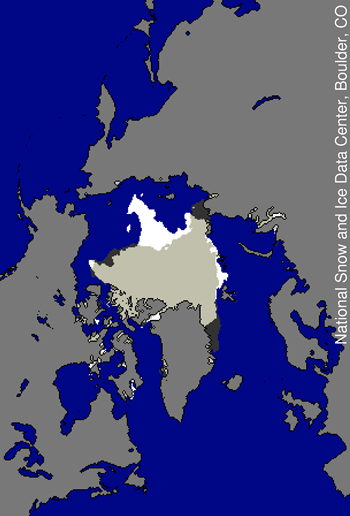 Figure 3. This image compares differences in ice-covered areas between September 19, 2010, the date of this year’s minimum, and September 16, 2007, the record low minimum extent. Light gray shading indicates the region where ice occurred in both 2007 and 2010, while white and dark gray areas show ice cover unique to 2010 and to 2007, respectively. Sea Ice Index data. —Credit: National Snow and Ice Data Center
High-resolution image

Compared to the 2007 seasonal minimum, the 2010 minimum had less ice in the northern Beaufort Sea region, the East Greenland Sea and the western Laptev Sea. However, there was much more ice in the East Siberian Sea this year compared to 2007.