Arctic sea ice extent reached its maximum extent for the year, marking the beginning of the melt season. This year’s maximum was the fifth lowest in the satellite record. NSIDC will release a more detailed analysis of winter sea ice conditions during the second week of April. 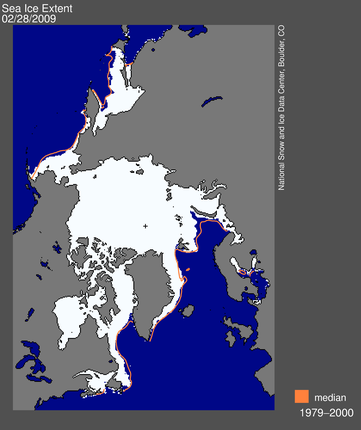 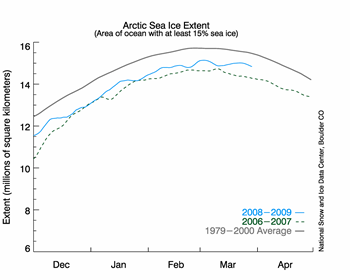 In the beginning of March, ice extent began to decline, and it appeared that Arctic sea ice had reached its maximum extent. However, in the second week of March the ice edge began to expand again. Ice extent grew through much of the month of March, but it did not expand to the level seen on February 28.

Such ups and downs in Arctic sea ice extent are not unusual near the annual maximum. As discussed in our March 3 post, the ice edge at this time of year consists of thin ice that is sensitive to temperature changes, and easily redistributed by storm winds.