Arctic sea ice extent appeared to reach its maximum extent for the year on March 7, marking the beginning of the melt season. This year’s maximum tied for the lowest in the satellite record. NSIDC will release a detailed analysis of 2010 to 2011 winter sea ice conditions during the second week of April. 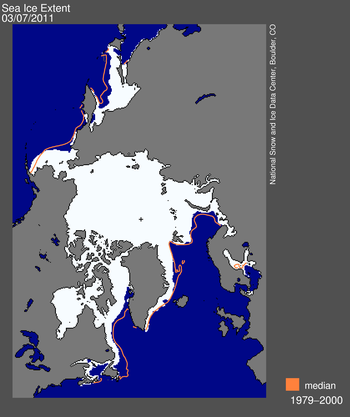 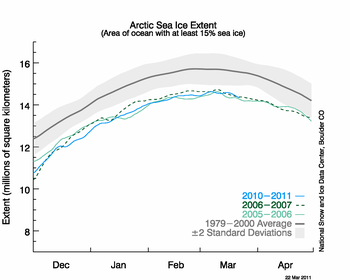 Figure 2. The graph above shows daily Arctic sea ice extent as of March 22, 2011, along with daily ice extents for 2006, which had the previous lowest maximum extent, and 2007, the year with the lowest minimum extent in September. Light blue indicates 2011, green shows 2007, light green shows 2006, and dark gray shows the 1979 to 2000 average. The gray area around the average line shows the two standard deviation range of the data. Sea Ice Index data.—Credit: National Snow and Ice Data Center
High-resolution image

As of March 22, ice extent has declined for five straight days. However there is still a chance that the ice extent could expand again. Sea ice extent in February and March tends to be quite variable, because ice near the edge is thin and often quite dispersed. The thin ice is highly sensitive to weather, moving or melting quickly in response to changing winds and temperatures, and it often oscillates near the maximum extent for several days or weeks, as it has done this year.

Since the start of the satellite record in 1979, the maximum Arctic sea ice extent has occurred as early as February 18 and as late as March 31, with an average date of March 6.

In the beginning of April, NSIDC will issue a formal announcement with a full analysis of the 2010 to 2011 winter season, and graphics comparing this year to the long-term record. We will also announce the monthly average March sea ice extent, the measure scientists rely on for accurate analysis and comparison over the long term. 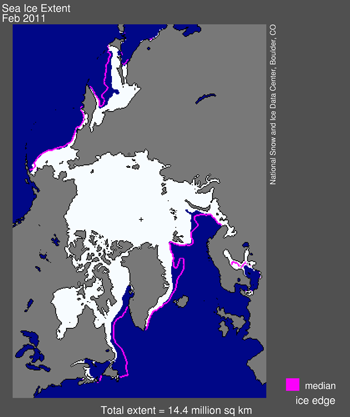 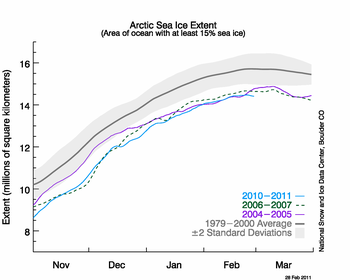 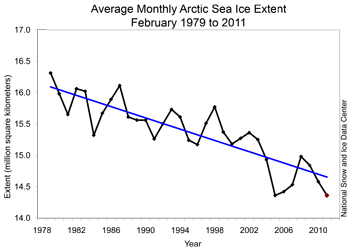 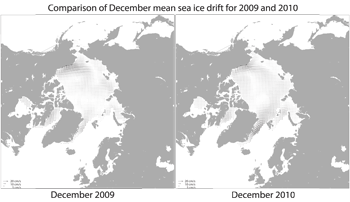