Daily melt extent mapping is suspended for the winter. Calibration of yearly melt detection requires analysis of the springtime snow conditions by a separate program. See our March 18, 2013 post for more discussion of melt calibration.

Our interactive chart supports a retrospective look at past Greenland melt seasons. This will remain available for our users.

We will resume the daily image updates in April 2020. 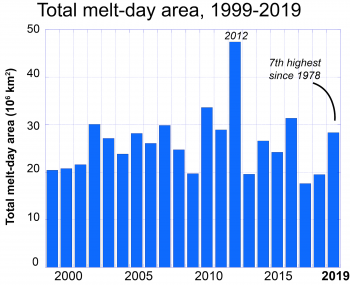 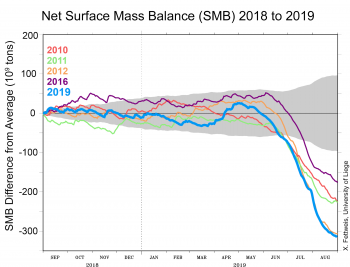 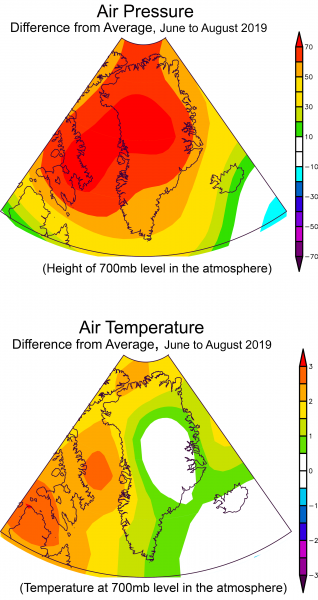 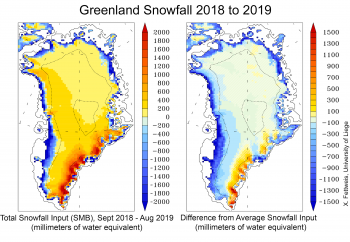