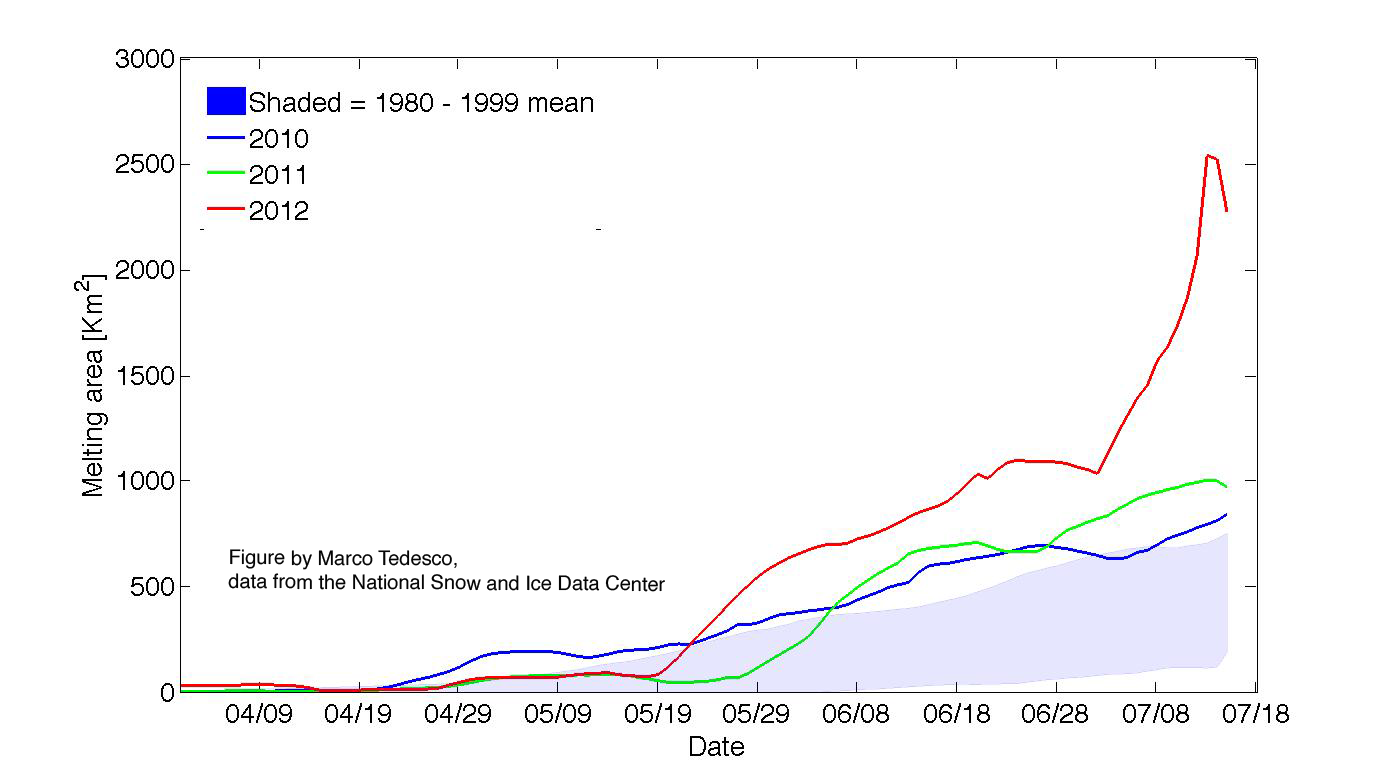 Figure 6. This figure shows the daily, cumulative area of the Greenland ice sheet showing surface melt for 2012, 2011, 2010 and for the 1980 to 1999 mean. While melt was unusually extensive through May and June of 2012, the melt area increased rapidly in early July in response to an unusually warm weather event. ||Credit: National Snow and Ice Data Center courtesy Marco Tedesco, CUNY |{a href=http://nsidc.org/arcticseaicenews/2010/08/a-most-interesting-arctic-summer/figure6-2/}High-resolution image{/a}|